SEOmoz conversion isn’t as great as it seems

At first glance, the SEOmoz conversion numbers look amazing. Mammoth traffic and 63% trial to paid conversion. The numbers are not as great as they seem. Here is what I would do differently and what we can all learn from it.

According to their funding deck in February 2012, SEOmoz:

So how does SEOmoz to the average SaaS company*?

*based on the aggregate data from Totango.com’s 100+ cloud customers

SEOmoz converts only 0.2%  of its visitors into trial users. This is so low in part because SEOmoz requires you to input your credit card before starting a free trial. The flip side of asking for a credit card at signup is that over 63% of trial users convert into paying users.  Some of these never intended to signup for the paid service but rather forgot to cancel their free subscription on time (believe me, it has happened to me and it’s quite annoying).  Therefore churn in the first 90 days is a whopping 40%.

SEOmoz has built an incredibly inbound marketing machine, which produces massive number of inbound visitors at almost no cost. However, SEOmoz is leaving money on the table by artificially restricting their top of funnel by asking for a credit card and by ignoring post-trial churn.

If I were VP Marketing at SEOmoz

This is what I would do:

1. Do away with the requirement for a credit card
Asking for a credit card can piss off future customers (like myself) and has significant downward impact on visitor to trial conversion. Eliminating the credit card step will bring in up to 10x more trial users in a heartbeat. For the sake of argument here, I will assume that visitor to paid conversion will jump to 5%. Yes, this is below industry average, but since SEOmoz traffic is so gigantic, the quality is bound to suffer a bit. This means that the additional traffic and the lower free to paid conversion cancel each other out. However, without a credit card requirement prospects are going to be happier and post-trial churn (due to accidental credit card charges) will easily be cut in half (20% instead of 40%).

2. Focus on the most promising trial users
The downside of so many new trial users: left unaddressed it could use a lot of precious resources. Therefore, in parallel to eliminating the need for a credit card, SEOmoz will need another way to identify trial users with an intend to buy. They could learn from Zendesk and Hubspot and use customer management like Totango.com to pickup buy signals and focus the sales team:

Zendesk, like SEOmoz, is a wildly successful SaaS company. They too have many thousands of new trial users each month. They don’t ask for a credit card. Instead they use customer engagement technology to identify trial users most likely to buy. Those trial users are flagged based on their activities during the trial. Users who are still active on day 3 of the trial are 4 times more likely to buy. Only these promising trial users are sent to an inside salesperson for follow-up. The remaining trial users are routed to a marketing automation system and, depending on the specific features they have (not) touched, they will receive personalized emails to increase their engagement during the trial. Zendesk didn’t only reduce their costs of supporting many new trial users, but also increased trial to paid conversion by more than 30%.

Mark Roberge, VP Sales of Hubspot is taking a similar approach and recommends to keep the top of your funnel wide at all times, while putting in place analytics to identify prospects (not) to focus on in this video at Sales 2.0.

3. Combat first 90-day churn
Lastly, I would focus on fighting churn occurring in the first 90 days post trial. I would look for users with low or no usage (or a drop in usage), and have a customer success manager followup pro-actively.  An active and engaged user base is the best weapon to combat churn.

Imagine this: as illustrated in the table below, even if SEOmoz were to achieve below industry average visitor to trial conversion of 5% (due to their high volume), lift trial to paid conversion 30% above SaaS average (segmenting trial users based on their activities) and shave some points of post-trial churn (by eliminating the credit card friction and proactively identifying customers at risk) their net visitor to paid subscriber conversion would increase by 33% to 0.8% (incidentally the SaaS average)! That’s free growth instantly! 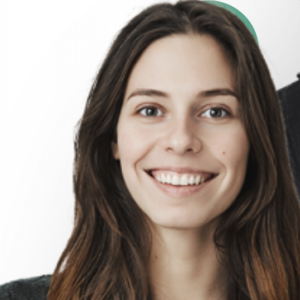 4 – min read B2B customer segmentation gives you the power to customize your service and even personalize it for individual clients. This yields superior customer satisfaction, translating into higher revenue for