How Zendesk and CloudBees Increase their User Engagement

Yesterday, the SandHill Magazine have published an article about Managing Challenges of Onboarding SaaS Customers and Converting from Free Software Trials where 2 of the very popular app services providers – Zendesk and CloudBees, were quoted about their success in increasing engagement level and therefore their free to paid conversion rate.

Both companies, who are using the Totango technology, managed to increase their visibility on what their users are doing in their application and therefore optimize communication with them to make sure they’re gaining value out of their product.

Many app services in the SaaS industry lack that visibility. This problem is especially in onboarding new customers and in converting free trial users into paying customers.

“Understanding user behavior is critical to success in the XaaS model”, states Sacha Labouray, founder and CEO of CloudBees.

Zack Urlocker, COO of Zendesk is happy that this solution exists and therefore saves the time on self development: “Rather than trying to build the technology to do this in house, we love the fact that Totango has already figured this out, giving us tremendous insight into what is going on with our users during that trial period.”

Zendesk’s goal was to increase customer engagement for their 30 days trial users and increase the free to paid conversion that way:
“We changed how people experience sending and receiving customer service tickets during the trial. Totango helped us figure out ways to try different approaches to highlight key features which and see ones got the most usage” says Urlocker.

Since Zendesk has massive amount of daily downloads and thousands of customers, they needed visibility into who to focus on in order to gain the most success and Totango is helping them to achieve that and thus increase their conversion rates.

Similarly, CloudBees needed to understand, in real time, how developers in its freemium model use their platform. “We need to see where they start using specific services and using multiple services,” says Labouray. “Before implementing Totango, we tried using analytics to track user behaviors. It gave us overall trends but no insight into what specific teams or specific users within a team or group are doing on our platform. You don’t know what you don’t know. Totango showed us what we didn’t know. We’re using those insights in working a lot of services and reaching out to our users.”

He says they had a big “aha” moment when Totango revealed an unexpected spike in usage all of a sudden. They then realized there is often a lag between when customers sign up for the freemium model and when they actually get ready to use it.

Creating value for customers is the most important activity for retaining customers longer, so all customer-facing teams need to align around that objective. With the right data, you can get real insights into which customers are likely to convert from free to the paid model as well as where those customers come from, their overall lifetime value and the customer acquisition cost and with all of that information, you can build an effective marketing/sales model!

We want to help ensure our customers not only improve their communications with their users but also gain the ability to drive to monetization and unified value-creating goals for acquiring and retaining customers.

What about you – have you tried our service yet?
Sign up now for a demo!

Zack Urlocker is chief operating officer at Zendesk and heads up Sales, Marketing, Business Development and Support. Zack came to Zendesk from MySQL, where he was Executive VP of Products. Besides building the business model for MySQL, he helped grow revenues to more than $100 million annually. He has more than 20 years of experience in the software industry and has held executive management positions at Active Software, webMethods and Borland.

Sacha Labourey is founder and CEO of CloudBees. In 2001, Sacha joined Marc Fleury’s JBoss project as a core contributor and implemented JBoss’ original clustering features. In 2003, Sacha founded the European headquarters for JBoss and in 2005 he was appointed CTO. After the acquisition of JBoss by Red Hat, Sacha became co-General Manager of Red Hat’s middleware division until leaving in 2009 to eventually start CloudBees. 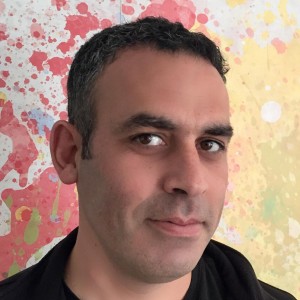 Guy Nirpaz
Guy Nirpaz is a Silicon Valley-based Israeli entrepreneur and CEO of Totango, a Customer Success software platform. A pioneer in the Customer Success field, Guy authored Farm Don't Hunt and is a well-regarded industry speaker and community contributor. Guy loves people and technology and has dedicated his career to improving the way in which business is done through innovation. Fun Facts: Guy moonlights as the lead guitarist in a rock band based out of his garage in Palo Alto and used to command a tank battalion...as well as having grown oranges.

Land your Next Customer Success Manager Job with these 3 Tips

3 – min read Whether you’ve worked in the customer success industry for a while or you’ve recently decided that this is the career path for you, searching for Customer Success Manager

5 Customer Success Manager Interview Questions & How to Answer Them

3 – min read Being a Customer Success Manager (CSM) can be an extremely rewarding career. A CSM works hand-in-hand with customers, guiding them through the customer journey and fostering a positive

3 – min read If you’ve been following along in our series about burnout and mental health in customer success, then you already know how to spot signs of burnout on your